How to Reduce Your Bail in a Criminal Case

There are a number of ways to get your bail reduced in a criminal case.  Often times the arresting agency will arrest a suspect for a felony.  Bailing out on felony charges can be extremely expensive.  I have often witnessed individuals arrested on felony cases with felony bail set by the arresting agency, only to […]

Knowing Current Marijuana Laws in LA Vincent Imhoff is a writer and Los Angeles criminal attorney who acts as a managing partner at Imhoff & Associates, P.C. He earned his law degree at Chicago-Kent College and his undergraduate degree at Lewis University. When he isn’t writing or practicing, Vincent finds time to ski on his […]

What are the current Marijuana Laws in California? This is one of the most frequently searched questions on the web. The use of medical marijuana in California is not something that is new to most people. For the past 14 years, California has been trying to act as a model state for other 49 states […]

Los Angeles to get tough on medicinal marijuana dispensaries

Los Angeles’s attempt to regulate the distribution of medical marijuana appears to be coming to an end after the Los Angeles City Council voted unanimously this week to ban all marijuana dispensaries. This ban may come as a surprise to many especially since the ban also opened the door to possibly letting some dispensaries remain. […]

Can I smoke weed on probation in California? 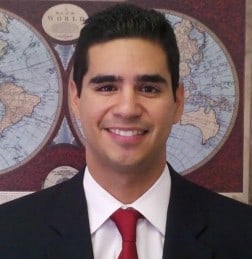 When you are charged with a crime, the District Attorney’s Office will often offer for you to take a plea, which means you admit to some crimes and agree to terms of punishment such as jail time and probation. Probation will generally be for a period of 3 years and carry with it numerous terms, […]