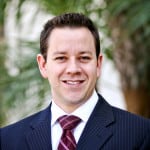 Those searching for Orange County DUI offenders support can find assistance from many local and national resources. From alcoholics anonymous (AA) to Mothers Against Drunk Driving (MADD) to mandatory DUI schools, those arrested for a DUI have plenty of support available to them. Often, asking for support is the first step in recognizing a problem and finding a solution. Support for DUI offenders can also come from a qualified criminal attorney who can represent your case in Court. Often, having an Orange County DUI attorney makes the difference between a guilty verdict and a dismissal or plea bargain for your case. Before continuing, it is crucial to remind people that drinking and driving is a serious crime and is avoidable. Prior to a night of drinking or partying ask a friend to be a designated driver or have a cab number on speed dial.

Often, after a conviction for a DUI the Judge will sentence the defendant to attend a mandatory DUI school. In Orange County, the DUI Court program is reserved for multiple DUI offenders who do not have a history of past violence or prior arrests. To be eligible for the program a participant must plead guilty to the DUI charge and be accepted into the program by the Judge. Often participation in DUI Court is a substitute for a jail sentence. While in the program, participants will receive individual treatment, one on one meeting with a substance abuse counselor, and larger group therapy sessions. Additionally, the defendant is expected to attend alcoholic rehabilitation programs such as AA. A parole officer who meets with the defendant on a weekly basis to gauge their progress supervises participants. While in the program, participants will be required to submit to random drug and alcohol tests to ensure that they remain sober. Furthermore, the participant will be summoned to Court at periodic intervals to ensure that they remain on track to graduate from the program. At the completion of the program, the participant will be invited to attend a DUI Court Graduation. If the participant does not adhere to the above guidelines or fails a drug test then they can face severe consequences from the Court including additional jail time.

In addition to mandated DUI Court, offenders can seek help through a number of non-profit organizations throughout Orange County. One such organization, MADD, seeks to educate drunk drivers to the dangers of drinking and driving. Often DUI offenders attend a panel held by MADD where the victims of DUI offenders who have lost loved ones to drunk driving speak before to the offenders about how their lives are different now. The premise of the panel is to present a sobering reminder to DUI offenders that his or her decision had a dire and life-changing effect on someone else. Additionally, DUI offenders can seek assistance from Alcoholics Anonymous and/or Narcotics Anonymous. Both DA and NA hold daily meetings for substance abuse addicts and invite people to speak about their experiences with illegal substances. NA and DA is a support system and proven method of quitting drugs and alcohol.

Sometimes the best Orange County DUI offenders support comes from an attorney. After being arrested for a DUI, the first phone call made should be to an attorney who specializes in criminal and DUI law. By hiring a qualified and respected lawyer, a DUI offender has a committed ally on his or her side. Often being arrested for a DUI can appear to be a cut and dry case where the only option is to admit guilt and face the harshest of punishments. However, hiring an attorney opens the door to more options that can include dismissal of the case, a reduction in charges, or a victory in Court. Only an attorney is knowledgeable enough to navigate the many nuances of DUI laws to determine the best possible outcome for their clients.

Clearly, DUI offenders have a plethora of support options throughout Orange County. From programs like MADD and AA to DUI Court offenders have multiple avenues to become sober. If you or a loved one has been arrested for a DUI contact an attorney as soon as possible. If you are located in Orange County contact Christopher McCann a well-known and well-respected DUI attorney.

Christopher J. McCann is an experienced Orange County DUI Lawyers, who helps his clients try to reduce the maximum penalties that they may incurred. Contact the Law offices of Christopher J McCann located at 5220 Clark Ave #347 Lakewood, CA 90712‎.