REALIGNMENT AND HOW IT WILL CHANGE SENTENCING IN CALIFORNIA 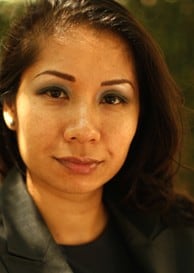 As of October 1, 2011, The Public Safety Realignment Program (“Realignment”) was passed into law of Assembly Bills 109, 117, and 118. Realignment transfers some of the most important public safety responsibilities from the state onto the counties.

First of all, due to realignment, Penal Code section 17 has been amended and changes the definition of a felony to “…a crime that is punishable by death, imprisonment in state prison, or ‘notwithstanding any other provision of law, by imprisonment in a county jail for than one year.'”

Xingtai What does that mean?

Aurogra without prescriptions in usa How does it affect county jail system?

One drastic affect this will have on county jail is over crowding! All defendants who would have been sentenced to serve prison terms will now be placed in the already overcrowded county jails. Sheriff Leroy Baca is attempting to prepare for the massive overcrowding that will soon occur in the local Los Angeles jails. However, due to the current financial situation the county is in, there is currently no effective way of preparing for these changes.

Besides the most obvious affect this will have on county jails such as overcrowding, realignment will result in the co-mingling of defendants in the county jails. Defendants who are in custody at county jails for minor crimes and misdemeanors, etc. will be co-mingled with those convicted of felonies who would have faced prison sentencez prior to the enactment of realignment.

Additionally, now parolees not deemed “high risk” by California Department of Corrections and Rehabilitation (CDCR) will be supervised by the Probation Department instead of CDCR. This also means that felons who would have been placed on parole once they are released from custody could simply be placed on probation instead of parole or no probation at all.

These are just a few of the changes that will take place as a result of realignment. There have been a number of changes to the Uniform Crime Charging Manual necessitated by realignment.

Some Positive Affects for Defendants Convicted of “Low-Level” Offenses

Counties will be implementing Split sentencing which is an imposed sentence of combined jail time with the remainder on local supervision. Defendants are more likely to be sentenced to serve less time and more likely to face sentences such as of house-arrest/home-monitoring.

Additionally, realignment establishes Postrelease Community Supervision (PRCS). This is not parole or probation, but rather supervision levels and case plans not mandated by statute but determined by supervising agency, the Probation Department.