What happens when a DUI Attorney drives through DUI Checkpoint?

What happens when a  DUI Attorney drives through DUI Checkpoint?

Thoughts before I did this.

As a Orange County DUI Attorney I may have some biases as to DUI checkpoints.  There a lot of reasons why people should not trust DUI checkpoints. To name a few, they are a waste of money and are not as effective as the eyes of an officer at detecting DUI.  Recently, I drove thru a DUI checkpoint and tested it.  I couldn’t believe some of the things my clients were telling me so a good attorney advocating on my client’s behalf I had to see for myself.   Not only did I live to tell about it, I made the news for using a creative Iphone App to record the contact.    You can read the news story by following the link below but here’s my version of the incident and my legal analysis of how it all went down.

First off, I am not anti police. Police officers are given a lot of power and do not have an easy job especially with defense attorneys like me around! However, I do believe the system can work when proper safeguards are implemented and shortcuts are eliminated to protect citizens from intrusive DUI checkpoints. I couldn’t help to stop thinking about all the optional test my clients were doing and knew there had to be an explanation.

My breakdown of the Stop

A couple of things are wrong with my stop at the check point.  Mainly, I do not have to participate in field sobriety tests and the officer saying he can arrest me for failing to complete these voluntary tests is completely contrary to California and Federal law.  Officers are trained in a three-step process to develop probable cause for a DUI arrest. Let’s look at this.

Phase1: (Vehicle in Motion). This was a checkpoint so there was no bad driving pattern.

Phase 2: (Personal Contact).I did not have any alcohol. Cop said he smelled alcohol on me after I told him I did not want to say anything.  I may have been uncooperative, but it is within my legal rights to do this and I was exercising them.  Second officer was observing me as I took a step out of my car.

How the Officer was unfair

The officer at this DUI checkpoints should have told me I have a choice to refuse as field sobriety test are voluntary. (Garden Grove has their own FST, in addition to the three SFST (HGN, One Leg Stand, and Walk and Turn) they also utilize the Romberg and Finger to Nose test which I do not find reliable.  Nowhere in this audio did he say this. In fact, he ordered me and I had to stop him. If I had no legal training and was not an Orange County DUI Attorney, I would not have interrupted the officer and told him I did not want to do the field sobriety test. Would you interrupt a police officer at this stage?

Further, they are trained to look for balance issues which is why I was apprehensive about putting my feet together for the second time. Had I stumbled or lost balance, it would have counted against me. I understand officer safety, but I found it overkill for him to repeatedly ask me if I understand if he was calling the shots. This officer went fishing and caught a shark.  He had several of his co workers around, so I’m going to chalk this up to ego and competitiveness. Police officers have tough jobs and I believe they have to be stern, but not foul!

Average Person Would Not Have Known Better

It was only because of my legal experience and knowledge that I was able to decline the FST because I knew the law at these DUI checkpoint. As a result of this, he told me he could arrest me. I knew this was not true and he did not have probable cause.  I was threatened with arrest and intimidated.(hard or easy way) (it’s just a simple test, whereby implying if I pass then I go). This is a common tactic utilized to get people to do FST, as it gives the impression that if he person does everything the officer ask him/her to do, they will be let go. However, by phase 3 it is commonly accepted in the defense community that they are merely collecting evidence and have already made up their mind to arrest you.

I was bothered by the lack of 15 minute observation period. A common problem with breath test machines is mouth alcohol. It is accepted that a 15 min. observation. is required before a blow to clear the mouth of residual alcohol. Residual alcohol is left over alcohol after a drink which can result in an artificially high reading on the PAS.  In addition, other products can cause an alcohol reading such as soy sauce and bread. A 15 minute observation will alleviate this problem(This audio lasted 5 min.) and help safeguard a person from a high alcohol level, ,thus getting arrested. If I was arrested, I would have to go toDMV to protect my license and constantly be asking what next! 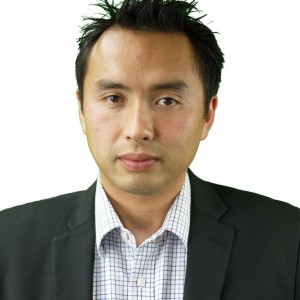 With a practice focused exclusively on criminal defense Mr. Vu has successfully handled over hundreds of Criminal/DUI cases of all types ranging from hit and run, evading police, to driving on a suspended license and underage DUI to heavy felony cases
PrevPrevious
NextNext