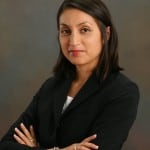 This week’s news story is about the melee that went down at Carson High School, after which 3 students were arrested and 4 were hospitalized. The fight reportedly involved dozens of Samoan, black and Latino students, and it happened during the morning nutrition break and then again at lunchtime. Three students were arrested on suspicion of assault with a deadly weapon.

Muang Phônsavan California Penal Code section 245(a)(1) defines assault with a deadly weapon as an assault that is committed with any type of deadly weapon or by means of force that is likely to cause great bodily injury to another. Fortunately for these students, this code section can be charged as either a misdemeanor or a felony. That decision is based on three factors, such as the type of weapon or instrument used to commit the alleged assault, whether the person whom the defendant allegedly assaulted sustained an injury (and if so, the severity of the injury), and the nature of the victim (whether the alleged victim is a peace officer or other “protected” person).

In this high school melee 4 students were hospitalized, some with injuries to their abdomen and one student suffered blunt-force trauma. One student witness states that his friend was left on the ground shaking and gasping for air after being repeatedly kicked. The instrument here – feet – is not normally one that would cause a prosecutor to charge a felony. But when the defendant’s feet are used so callously on so many potential victims, there could be a felony charged.

There are several defenses available to the defendants. One defense would be the inability to carry out the assault. Maybe one of the three students arrested wasn’t even in the thick of the fight, so there really was no way for him or her to kick or assault anyone in anyway. Self-defense is another possible defense, though the defendant must have an honest and reasonable belief that bodily injury is about to be inflicted on him, and only counter with as much force as is reasonably necessary to ward off the injury. This defense may not go over as easily as it sounds, especially in this case where the assault on the victim is alleged to have happened while the victim was on the ground defenseless. There doesn’t appear to be any situation in which a person on the ground could be deemed to be attacking a person standing up, especially when the person on the ground is unarmed.

The best defense here, albeit not a great one, would be consent. This is usually the case in situations of mutual combat. However, the victim on the floor being kicked would not likely testify in court that he consented to repeated kicks to the head or abdomen. This defense is best used in situations like fight clubs. The defendants may want to rely on the fact that there is likely insufficient evidence here because the fight involved over 20 students, it would be difficult to pinpoint any assault on any defendant. Witnesses probably didn’t have a clear line of sight to these three defendants out of 20 students.

Lastly, these defendants are high school students so they may have the benefit of having their cases heard in juvenile court. If the juveniles are adjudicated (convicted) of the crime, they will be sentenced at a disposition hearing. Generally, disposition options include “home on probation”, custody at a probation camp, or commitment to the California Youth Authority. This crime in particular can be charged as a felony making commitment to the CYA a likely situation. Ultimately, the judge will try to craft a sentence that will discipline the minors but also help them get the tools necessary to become a productive member of society.