Is Medical Marijuana Finally “Truly Legal” in California? How Worried Should You Be If You’re a Dispensary or Collective?

It is well known that California initiatives and legislation have provided for medical marijuana to be legal in California. But did you know that until very recently, medical marijuana collectives and growers still faced unpredictable raids from the federal government? Indeed, some still believe raids and enforcement activity are likely to continue, despite numerous reforms already in place in California as well as scheduled to be implemented in the near future.

In the past, the federal government has been reluctant to follow the will of local and state governments when it came to medical marijuana. For example, when Washington, D.C. voters approved medical marijuana legalization in 1998 for their city, Congress used its authority over the city’s activities to prevent the law from taking effect for the entire decade following.

After California voters passed Prop. 215, which legalized cultivation of medical marijuana for patients or caregivers, federal raids continued to target growers who were operating within the legal limits placed by Prop. 215 (also known as the Compassionate Use Act) and SB 420.

After similar medical marijuana initiatives passed in cities and states like Alaska, Oregon, Washington, Arizona, Nevada, Colorado, Hawaii legislature passed medical cannabis legislation, Montana (just to name a few), followed by the passage of recreational use initiatives in Colorado and Washington, the federal government was
forced to shift its approach on legalized marijuana as the will of the people became harder to ignore.

In 2013, the U.S. Department of Justice issued a memo in essence stating that if a state has “implemented strong and effective regulatory and enforcement systems to control the cultivation, distribution, sale, and possession of marijuana,” then this means the federal government is less likely to interfere, although the federal government was clear that it retained its discretion to enforce at will. The rationale behind the policy stated in the memo was that if the state was regulating marijuana effectively, this would aid the federal government’s goal of making sure that marijuana was coming from sources not benefiting or in any way related to organized crime. Unfortunately, in the eyes of the federal government, California had not implemented the “strong and effective regulatory and enforcement systems,” and California dispensaries and growers were constantly at risk for raids, even if they were in compliance with local county government sheriffs and officials.

can you buy neomercazole over the counter California Medical Marijuana Laws

One of the reasons why the federal government did not consider California to effectively regulate medical marijuana is because Prop. 215 is one of the most loosely written initiatives ever. It simply states that marijuana use and cultivation is legal for patients, or a patient’s caregiver, if they received their doctor’s recommendation for use. There was no regulatory framework for keeping track of doctor’s recommendations, for example. This was rectified by SB 420, which aimed to clarify Prop. 215 and provide some regulatory guidance. SB 420 required the State Department of Health to create a program for issuing identification cards to qualified medical marijuana patients (the so-called “medical marijuana card”).

Because California’s law is so relaxed when it comes to who can qualify for medical marijuana – a doctor can recommend its use for treating anything from AIDS drug related nausea and chemotherapy side effects to anxiety or ADHD – the federal government has continued to raid dispensaries and collectives. This is still occurring even after Congress lifted the federal ban on medical marijuana. But take one look at the White House’s position on marijuana – not just medical marijuana – and it is clear that in some cases, the federal government will choose to enforce the Controlled Substances Act in California, without distinguishing between so-called street sales of marijuana or a  dispensary providing marijuana to patients in accordance to California state law.

In 2015, three bills were passed that make up the entirety of the Medical Marijuana Regulation and Safety Act. The bills attempt to regulate medical cannabis from cradle to grave, dealing with prescribing, licensing, cultivation, transportation (so-called “virtual dispensaries”), distribution, sales and the environmental impacts of marijuana farms.

The Act contains many regulatory provisions, and a good summary of them are available from Americans for Safe Access, but some of the most interesting and important ones are discussed here. Doctors face new standards they must meet, for example, when prescribing medical cannabis and are also now prohibited from receiving kickbacks from dispensaries or cannabis providers. In addition, under MMRSA, the Medical Board of California must prioritize the investigation and discipline of doctors who overprescribe medical marijuana or fail to conduct a good faith examination prior to prescribing.

The bill also allows counties to tax specified medical cannabis-related activities, requires applicants for state licenses to sign applications under the penalty of perjury and sets forth certain duties relating to environmental impacts of growing or processing the marijuana. Most importantly, however, is the establishment of a Bureau of Medical Marijuana Regulation under the supervision and control of the Director of Consumer Affairs, as well as the involvement of the state Board of Equalization and the Department of Food and Agriculture to track the movement of commercial cannabis and cannabis products.

Lastly, the bill had in place a provision that mandated localities to regulate cultivation by March 1, 2016 or else defer to state regulations, but this section was deleted by urgency bill just this past month on February 3, 2016.

The Beginning of the End of Raids?

After signing into law MMRSA, Governor Brown stated in the L.A. Times, “This sends a clear and certain signal to our federal counterparts that California is implementing robust controls not only on paper, but in practice.” It is clear that California is trying to meet the public policy set forth in the 2013 Department of Justice memo, but it is still too early to tell whether the federal government will consider MMRSA to be enough regulation whether on paper or in practice, and whether the policy delineated in 2013 will still be followed in 2016, especially with the upcoming presidential election. Still, it shows a huge improvement and a definitive step in the right direction since California first legalized medical cannabis nearly 20 years ago. 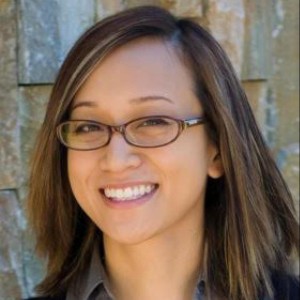 Jennifer Sevilla began her legal career as a deputy public defender in Riverside County. She was named Misdemeanor Attorney of the Year for her excellence in client representation and formidable trial results. After leaving the public defender's office, she practiced business and immigration law at an international law firm before starting her own law office, which allows her to provide individualized and focused attention on each of her client's cases. She is a tireless, compassionate fighter and aims to help clients reach the best solution possible for their case after exploring all available options.
PrevPrevious
NextNext