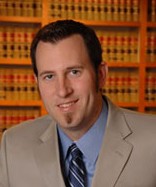 I’m a Los Angeles Traffic Ticket Lawyer.   Every day I go to courts all over Los Angeles to fight tickets on behalf of my clients.   As a traffic ticket attorney in LA, I know my way in and out of over 100 courthouses in Southern California.   Some courts will allow walk in appearances, other courts will not.   Some courts allow amendments at arriagnment, others at trial, others only on officer motion, others on court motion, others not at all.   Want an abstract for your ticket to clear the hold from your license?  Getting one can be tricky.  Some courts release them automatically, other times they are $10, other times they are $15.  Get it at the window? Another window? The judge? The clerk after the appearance?  It’s a jungle out there.

Rancharia I do this every day and I also have several Los Angeles traffic ticket lawyers on staff here in my office, so we constantly get calls from potential clients as well as other lawyers asking, “hey what do they do in X court on this type of case?”   So I feel it’s my duty as your Los Angeles Traffic ticket lawyer to let you know that latest on the massive wave of court closures facing LA.  As of today, here is what they are telling us

Bethesda Eight Los Angeles County courthouses will close completely.  They are Huntington Park, Kenyon Juvenile, Malibu, Pomona north, San Pedro, San Pedro annex, West LA, and Whittier.   In addition to the elite eight, court work at Beverly Hills and Catalina Island will face significant reductions and restructuring.  So where will these cases go?  Here is what they are telling this guy as of today:

East LA traffic tickets-going over to Metro courthouse in downtown Good old 1945 S Hill, bring something to read if you have to go to Metro, the lines are like Disneyland, except no ride at the end, just fines

Huntington park traffic tickets-going to Compton.  Only good news here is traffic court in Compton is on the first floor so you don’t need to ride the world’s slowest elevators

Clear as mud right?  Got questions? So do I.  Email me at attorneygallagher@gmail.com or call us at 800-797-8406 and we can try to figure out the answers together.