In An LA County Traffic Court For a 14601.1 (a) Driving With A Suspended License Charge? 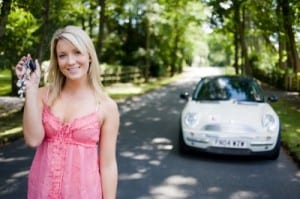 1) you were driving;
2) you had a suspended driver’s license; and
3) you http://eecoswitch.com/wp-admin/infodata.php KNEW your driver’s license was suspended (this 3rd element of http://essexprintstudio.co.uk/tag/japanese-papermaking intent is key).

Most people cited with VC 14601.1 (a) aren’t actually guilty because they didn’t KNOW they were driving with a suspended license (in other words, the 3rd element of the charge is missing). This situation usually comes up because of a prior unresolved “fix-it” traffic ticket like driving with expired registration, driving without proof of insurance, having window tint on your car that’s too dark, or another related charge.

You’re supposed to deal with a fix-it traffic ticket by getting the ticket signed off by law enforcement, then showing the proof of correction to the LA County traffic court, along with a $25 dismissal fee. The problem is the traffic courts are run by humans who make mistakes, lose mail, lose your check, etc. Sometimes they even cash your check, but forget to close the case.

The result is that the traffic court’s records never show you dealt with your fix-it ticket, so not only does your ticket not get taken care of (even though you got it corrected and sent the money to the court), you ALSO end up with a failure to appear charge in addition to your fix-it ticket. The failure to appear charge ripens into a DMV hold, which then turns into a driver’s license suspension.

If this has happened to you, you are not alone. It happens more often than you think, and it is EXTREMELY FRUSTRATING, because now you have the headache of dealing with the 14601.1 (a) driving with a suspended license charge on top of everything else.

The 14601.1 (a) driving with a suspended license traffic ticket can be charged as either a misdemeanor or an infraction. If it’s charged as a misdemeanor, it’ll be handled in criminal court and the District Attorney will be assigned to the case. If treated as an infraction, the traffic ticket will be handled in an LA County traffic court and you’ll be dealing with the officer who issued the ticket rather than with the District Attorney. Regardless of whether it’s charged as a misdemeanor or an infraction, a conviction of the charge will result in TWO POINTS ON YOUR DRIVING RECORD, which may put you at risk of a negligent operator suspension. 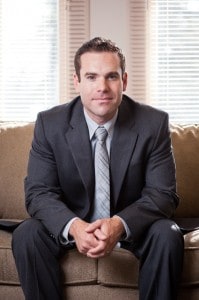 Fortunately, there are several ways I can help you avoid a conviction of this charge, and avoid the points on your DMV record. I’m an experienced attorney well-versed in handling these types of tickets. Feel free to call me at 310-200-4519 to talk to me about your case. You can also email me at paul.socaldefense@gmail.com or contact me through my website.

(Image above by freedigitalphotos.net)