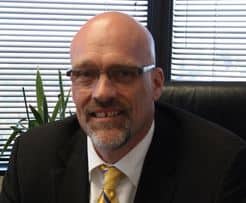 Vincent Imhoff is a writer and Los Angeles criminal attorney who acts as a managing partner at Imhoff & Associates, P.C. He earned his law degree at Chicago-Kent College and his undergraduate degree at Lewis University. When he isn’t writing or practicing, Vincent finds time to ski on his favorite slopes and get some jogging in.

The state of marijuana laws in the Los Angeles area, and California in general, are an absolute mess right now. Should there be dispensaries, shouldn’t there be dispensaries. Not that it really matters. Dispensaries dot the LA landscape and you never know where you might find one, but with recent pushes by the local power that be, you never know exactly what the next fight will be or what the next passed law will mandate and the with the current state are keeping every LA marijuana crimes lawyer busy defending clients who, according to California state law, may have done nothing wrong.

In mid-2012, the movement by the Los Angeles City Council started with a vote to outright ban marijuana dispensaries. They wanted updated laws that made it clear what was acceptable and what wasn’t under state law. The council was largely plagued by indecision and inaction largely contributed by marijuana supports and opponents. However, they faced considerable backlashed from the dispensaries as they tried to get their act together. They said they “need[ed] to start with a clean slate,” as Councilmember Michel Englander said, regarding the city’s marijuana laws.

In March 2009, President Obama, stated he wouldn’t “[use] Justice Department resources to try to circumvent state laws on this issue,” regarding marijuana laws passed by individual states. However, this didn’t stop the Justice Department from using their own resources to do exactly that. In 2010 the federal government began to sweep through California making plenty of arrests along the way. Why? They violated federal law, which technically overrides state law. Federal law prohibits the possession and distribution of marijuana, even in cases of proper medical administration.

One reason for the sweep, according to many anti-marijuana supporters, is the blatant abuse of state medical marijuana laws. Essentially, people who “don’t really need it,” are taking advantage of the situation and abusing the system, effectively ruining it for those who really do need it. But, this abuse is tangentially related to why the Los Angeles City Council desires the dispensary ban. They’ve lost control and they want it back, or just want it, since it’s likely they never had it to begin with, especially when the federal officials can so easily show up at your doorstep and override everything you’ve worked to accomplish.

As it stands, from a state point-of-view, medical marijuana is legal. As long as you carry a valid medical marijuana identification card, you’re “safe.” How safe that is can’t really be determined due to those federal actions. In addition to the legality of medical marijuana, carrying up to one ounce of marijuana was decriminalized in 2010, while possession is considered an infraction, rather than a misdemeanor. Surrounding areas of Los Angeles also consider related marijuana offences as “low priority” to other more serious crimes. How this is handled in practice can vary, so it remains a good idea to check on local ordinances and laws if you choose to use, carry, grow, or distribute marijuana for medical purposes or otherwise.