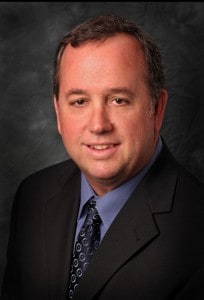 While there are various situations that can get someone arrested, the bail process still remains the same.

A woman named Amanda goes shopping and pays for everything with bad checks. With the new check clearing systems available to retailers today, Amanda gets caught, arrested and taken to jail. This is when the bail process starts.

Keeping in mind that a defendant is innocent until proven guilty in the United States, Amanda gets the same presumed innocence until the court decides something different; so, under the Bail Reform Act of 1966 and 1984, based on the fact that she was arrested for committing a misdemeanor crime and is likely a first-time offender, Amanda will be eligible for bail. If Amanda had committed a murder, the situation would be quite different because she would have to stay in jail until her hearing where the judge would determine if she is eligible for bail and for what amount, if at all.

There is a very wide range in the amount of bail that would be set for a misdemeanor vs. a murder charge which could be $1 million or more. But even if the charges aren’t for murder, the arresting officer has the right to treat the case as a “no-bail” case, meaning the defendant will be required to come before a the judge before bail can be set.

purchase Lyrica in canada The next step:

In the meantime, the arresting officer must create an arrest report for Amanda. He consults the local penal code for writing bad checks in the county where she was arrested and writes down the statue, along with the corresponding bail amount of $20,000, which would be a $2,000 fee for a bail agent to post the bond for her release, if bail is granted.

It is possible for there to be various bail fees for a minor violation within a particular category of charges, such as; “possession of drugs for personal use” vs. “possession for sale.” The personal use in a small amount could see a $10,000 bail, were as, someone with a trunk-full of narcotics who is most likely selling the drugs on the street, might be looking at $100,000 or more in bail.

Once Amanda’s bail amount has been determined by the arresting officer, she and her arrest record will be turned over to the jailer. Being her first arrest with minor damages, she could be interviewed by a release officer who decides that she is not a threat to the public’s safety and will release her on her  own recognizance, which means she agrees to show up in court on the date scheduled. In the bail business, this is referred to as an “O.R.”, “P.R.” (personal recognizance) or “R.O.R.” (Released Own Recognizance)

This form of bail is referred to as public bail, meaning the decision-makers work directly for the government.  In the Untied States approximately one-fourth of arrestees are released on public bail. In comparison to commercial bail, which requires a bail agent to be involved, public bail can have its disadvantages. In short, if the arrestee doesn’t show up in court, the officers who decided to release the defendant face no consequences, nor do they have to pay the full amount of the bail bond, but taxpayers will pay for the “failure to appear” in the form of expenses related to locating the defendant to bring them to court and most likely re-arrested, as well.

Who creates the Bail Schedule?

Today’s guest post is compliments of Sean Cook, owner of Premier Bail Bonds.  You can find him online at Bail.com