What happens if I refuse to take the test when stopped for DUI in California? 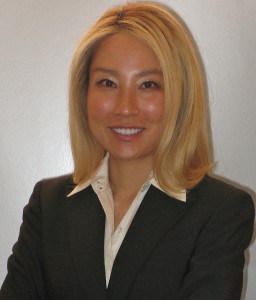 It’s amazing how much confusion there is around what you should do if you get pulled over after having had something to drink.  Whether it is from family, friends, or even clients who are facing multiple DUI convictions, I often hear “so if I get pulled over, I should refuse the chemical test, right?” It depends on what you are willing to risk.

accusatively I often have clients who chose to refuse or failed to complete the chemical test.   I advise them that the District Attorney will probably file the case charging them, at the very least, with of one count of driving under the influence as well as a “refusal” enhancement.  When they are advised of the minimum jail time and license repercussions, they look dumbfounded.

First of all if you refuse or fail to take one of the chemical tests given at the station after you are arrested, just know that you will be charged with a “refusal” under California Vehicle Code section 23612(a).  If you are charged with a refusal, you may be sentenced to the mandatory minimum of 48 hrs of jail time and a 1 year license suspension.  Depending on if this is your first, second, or third DUI offense, the jail time increases and your license may be even be revoked.

Second, there are two ways you can be charged with a DUI case. California Vehicle Code section 23152(a) is driving under the influence of alcohol and/or drugs. California Vehicle Code section 23152(b) is driving under the influence of alcohol with a blood alcohol concentration of 0.08% or above. So the District Attorney can charge you with section 23152(a) if he thinks there is enough evidence to prove you couldn’t drive with the caution and care of a sober person, even without exact blood alcohol concentration evidence.

Third, it might make it more difficult for the prosecutor to prove his case without a blood, breath, or urine test, but it is just one factor in determining whether you were driving under the influence.

Once pulled over, unless the officer is going to just give you a ticket and let you drive off, if you are suspected of drinking and driving, the officer will always ask you a series of questions. Did you drink?  If so how much? When? Where are you driving from, going to, and so on? The officer will look for standard “symptoms” of being under the influence of alcohol, such as red, bloodshot, watery eyes, slurred speech, and odor of alcohol.  He or she will also request you to step out of your car and take a series of Field Sobriety Tests (FSTs). Sometimes as a part of the FSTs, you will be requested to blow into a hand held machine (called the PAS test).  Your statements to the officer, appearance, conduct, and performance on the FSTs, will determine how strong or weak your case is.

Most people are not aware but you have the right to POLITELY refuse answering any questions and/ or taking any FSTs.  Be aware in exercising your right not to incriminate yourself, if done incorrectly, you might be charged with Penal Code 148(a) resisting, obstructing, or delaying a peace officer in the performance of his duties. Also be aware that if the officer still has probable cause to believe you were driving under the influence, he will arrest you anyway.

So the bottom line is if you choose to go so far as refusing the chemical test, and are okay with being charged with a refusal. You might as well also POLITELY refuse answering any incriminating questions and taking any FSTs unless you know you can pass them.  Also be aware that the District Attorney will use your conduct of refusing as “consciousness of guilt.”

I sincerely, hope that the information I’ve provided clears up any confusion as to what you can do, as long as you understand the risks, if pulled over after drinking. If you are reading this article, after having been arrested for a DUI, the most important thing to do is to contact an experienced criminal DUI lawyer as soon as possible. You only have 10 days to request your DMV hearing from the date of your arrest. If you miss that deadline, the California Department of Motor Vehicle will suspend or revoke your license.