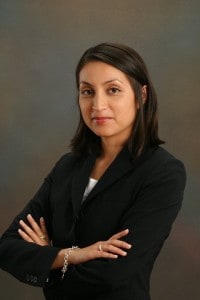 This week’s Friday Favorite is about a 17-year-old boy who was arrested Wednesday after allegedly crashing a sport utility vehicle into a Torrance house. He was allegedly the driver of a Chevrolet Blazer which apparently spun out of control and went in backward, landing about ¾ inside the house! Not only did he flee the scene leaving the car in the house, he also abandoned two passengers in the sport utility vehicle. The crash created a 12-by-12-foot hole in the wall of the house on the 2100 block of Cabrillo Avenue in Torrance.

The teenager is being held on suspicion of felony hit-and-run. In California, there are two types of hit-and-run offenses; misdemeanor and felony. A misdemeanor hit-and-run charge is where the defendant left the scene of the accident, without first identifying himself to the other party involved, and another’s property was damaged in the accident. Felony hit-and-run, however, is concerned with injury. That is, a defendant may be charged with the felony if someone was injured.

One of those teen passengers abandoned in the sport utility vehicle had to be cut from the wreckage. Both passengers were taken to hospitals for treatment.

The law also requires that the teenager provide reasonable assistance to any injured person in order to help secure medical attention. This could be as simple, and reasonable, as arranging for transportation for any injured passenger who obviously needs or requests medical help. That is, calling 911 or getting an occupant of the home to transport the injured passengers to a hospital.

A “willful” act means that the defendant intended to act (or nor act) as he did. The prosecution would argue that knowingly leaving the scene of an accident, without exchanging information, and without attempting to render “reasonable assistance” – intending to do so – would be acting willfully.

Possible defenses for the 17-year-old would be that he was not in fact the driver. This could be tricky since there are two passengers who will probably identify him as the driver assuming they did not suffer memory loss as a result of their injuries. The teenager’s legal defense team could also argue that he had no reason to know there were any injuries. This would be the case if he knew there was an accident but he wasn’t hurt, the occupants of the house said no one was hurt, and the passengers said they were not hurt. Unfortunately, the teenager would have had to provide his identifying information before leaving the scene.

If convicted of felony hit-and-run, a defendant would face a fine of $1,000 to $10,000 and either up to one year in county jail or sixteen months or two or three years in the California State Prison, restitution if the victims injuries were caused or exacerbated by the fact the defendant left the scene, and two points on the driving record.

In this case, if the teenager is charged as a minor there are a number of different dispositions available in juvenile court – informal probation all the way up to commitment to the California Youth Authority (prison for minors). However, because of his age, seventeen, being so close to adulthood, the prosecution may forgo juvenile court altogether.

You can read the story here.