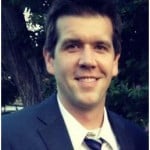 Sometimes, in reference to a DUI, you will hear the term “wet reckless” or simply a “wet”.  What does this even mean? Well, it is a term used as a plea bargain settlement in place of a DUI.  You cannot be charged with a “wet reckless”.  Instead, California Vehicle Code (CVC) section 23103.5 (http://www.dmv.ca.gov/pubs/vctop/d11/vc23103_5.htm) allows a plea of Nolo Contendere on the lower charge of CVC 23103 for reckless driving (http://www.dmv.ca.gov/pubs/vctop/d11/vc23103.htm) where alcohol was involved.  Being offered a “wet reckless” rather than a straight DUI is usually a good thing, however, it does not mean that all your troubles are over.  Here are some pros and cons to taking an offer of a “wet reckless”.

PROS of a “wet reckless”

2. Shorter Jail sentence: The maximum jail sentence on a “wet reckless” is 90 days.  For a first time DUI, the maximum is 6 months and for a second and third it is one year.

6. No mandatory Drivers License Restriction: Once convicted of a DUI, the court imposes a 90 day license suspension separate from the suspension the DMV imposes.  The amount of time your license is suspended increases depending on whether you have prior DUI convictions.  With a “wet reckless”, however, there is no mandatory suspension from the court, but the DMV may still suspend your license.

CONS of a “wet reckless”

1. It can be priorable: As with a first time DUI, if you were to get a second or a third DUI offense within a 10 year period, the prosecution could use your “wet reckless” charge to increase the penalties for subsequent DUI’s.

Hopefully that helps clear the fog a little regarding the difference between a regular DUI and a “wet reckless”.  If you have been charged with a DUI call the Law Offices of Mark A. Gallagher for a free consultation: 800-797-8406.