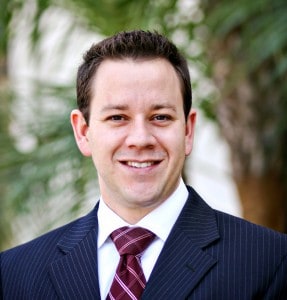 Driving under the influence is a serious California offense that can result in a prison sentence, driver’s license suspension, probation, fines and more. Aside from the court-imposed punishments, a DUI conviction can have a negative impact on the defendant’s ability to find a job or attend college. Consequently, should you find yourself facing a criminal charge for DUI contact an experienced criminal attorney as soon as possible. A competent and qualified DUI attorney can help ensure that you receive the best possible representation while in court.

http://coastroadrunners.com/product/long-sleeved-top/ What Happens at a Drunk Driving Trial

During a drunk driving trial, California laws set forth regulations that both the prosecutor and defense attorney must abide by. However, even before a trial begins the defendant will make an appearance in court. This first appearance, known as an arraignment, occurs shortly after the defendant has been charged with DUI. During the hearing, the judge will advise the defendant on what charges and being filed and will request that a plea be issued. Assuming that the defendant pleads not guilty, the judge will schedule a preliminary trial date to begin jury selection.

Before the trial commences, your attorney may file pretrial motions that are used to challenge whether or not the prosecutor’s evidence can be admitted in court. A successful ruling will result in evidence against you being withheld from trial. Examples of evidence that may not be admitted can include blood/breath test results, field sobriety tests and/or witness statements. The more successful the pre-trial hearings the more likely it is that the prosecutor may offer the defendant a plea agreement.

If a plea bargain is not reached, the trial will go to court where a jury will be chosen. During jury selection, questions will be asked to prospective jurors to determine their prejudices, opinions and ability to serve on the jury. Once both the prosecutor and the defense attorney agree on a jury the trial will commence. The trial begins with an opening statement by the prosecutor. During the trial, both sides will have an opportunity to present evidence, displays and expert witnesses to prove their case. After each witness has testified, the opposing attorney has the opportunity to cross-examine the person in an attempt to expose the flaws and weaknesses of their testimony. After the conclusion of the trial, both attorneys will have the opportunity to address the jury in a closing argument. For a defense attorney, the closing argument is the final word with the jury. Therefore, having an experienced, knowledgeable and prepared defense attorney can make the difference in a not guilty or guilty verdict. After the prosecution gives their closing statement, the jury will leave the courtroom to deliberate.

California laws are designed to place the burden of proof on the prosecutor. Consequently, it is the defense attorney’s job to prove to the jury that the prosecutor failed to prove beyond a reasonable doubt that the defendant convicted drunk driving. The more competent the attorney the more likely it is that your trial will result in a favorable outcome.

If located in Orange County California and in need of a competent DUI attorney, contact Christopher McCann. You can also follow my tweets on twitter at @CJM_Law_Firm to get the latest updates from me about drunk driving laws.