What California Drivers Need to Know About Virginia Reckless Driving 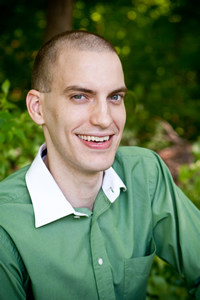 In my traffic defense practice I’ve worked with clients from all over the country and even the globe. People who aren’t from Virginia are surprised when they’re traveling through and get what they think is a speeding ticket. Only later do they realize it’s a mandatory court appearance for “reckless driving.”

What is reckless driving in Virginia?

If you’re a California driver, Virginia’s concept of reckless driving is probably foreign to you. Let me clarify: in most cases, the officer is solely claiming that you were going too fast. According to Virginia law, if you drive over 80 mph or 20+ over the limit, you can be charged with “reckless driving.”

In other words, in most Virginia reckless driving cases, there is no claim that you were truly driving in a reckless manner. The claim is usually that your speed simply fit the definition of “reckless driving” in Virginia.

Unfortunately, it’s a serious charge. It’s a class 1 misdemeanor, which means you’re being accused of a crime.

Do you really have to appear in court?

By signing the ticket, you are promising to appear in court back in Virginia for the case.

However, depending upon the local court and the facts of your case, you may not need to appear in court. There are actually several options for handling your reckless driving ticket.

In many cases where the client resides out-of-state, I can handle the case myself without the client ever having to return to Virginia. The travel savings alone can easily pay for the attorney fees in those situations.

Are you facing jail time?

In most cases, no. Jail is technically a possibility for any class 1 misdemeanor in Virginia. However, the average reckless driving by speed case does not entail any jail time at all.

But some cases do include a risk of jail. This depends upon the local court and the facts of each unique case. Typically jail is a threat for high speed cases (such as 100 mph), cases with a claim of alcohol involvement, or cases where a serious injury occurred.

How can an attorney help?

I always advise people to at least talk with a local, experienced attorney who regularly handles traffic defense in the court in question. You never know what’s possible until you ask. Since most of us offer free consultations, you really have nothing to lose.

In many cases, a Virginia reckless driving charge can be reduced to a lesser offense, such as a basic speeding ticket. In some instances, the charge could be dismissed altogether due to a lack of evidence or with your participation in a driver improvement clinic.

And like I already mentioned, an attorney can hopefully handle the entire case without you personally returning to Virginia. Not only can that save travel expenses, but it also saves the time and hassle of coming back from California.